Recipes, articles and tips for your well-being. 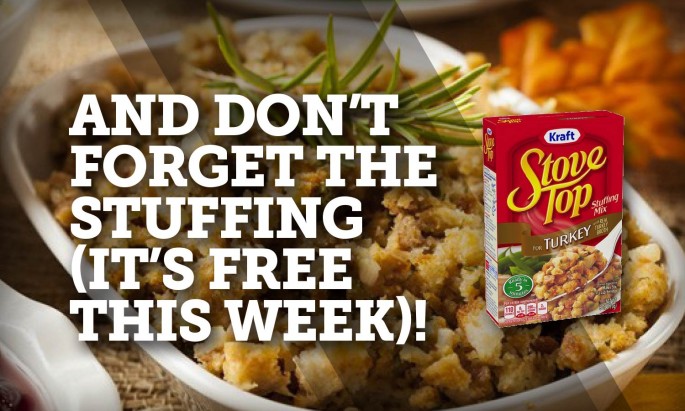 And Don’t Forget the Stuffing (it’s free this week)!

Her name was Ruth Siems of Evansville Indiana.  Poultry stuffing appears to date back to the 1st century, but it wasn’t until Ruth came up with her patented creation that it could be ready from your shelf in an instant.  Introduced in 1972, Stove Top Stuffing from Kraft was introduced after Mrs. Siems figured out the exact size of bread crumb to make it all work.  She said the idea originally came from the marketing department at Kraft.  The entire research and development staff took a crack at coming up with something, but Ruth’s invention was the one they ultimately chose.  Stove Top Stuffing hit the market in 1972, reminding people that “If it’s not Stove Top, it’s not Thanksgiving.”  Quickly, this one-step stuffing product became as expected on Thanksgiving tables as pumpkin pie and cranberry sauce.  When you shop this week at Fresh Madison Market, you can pick up a box of Stove Top Stuffing free with your $15 grocery purchase. 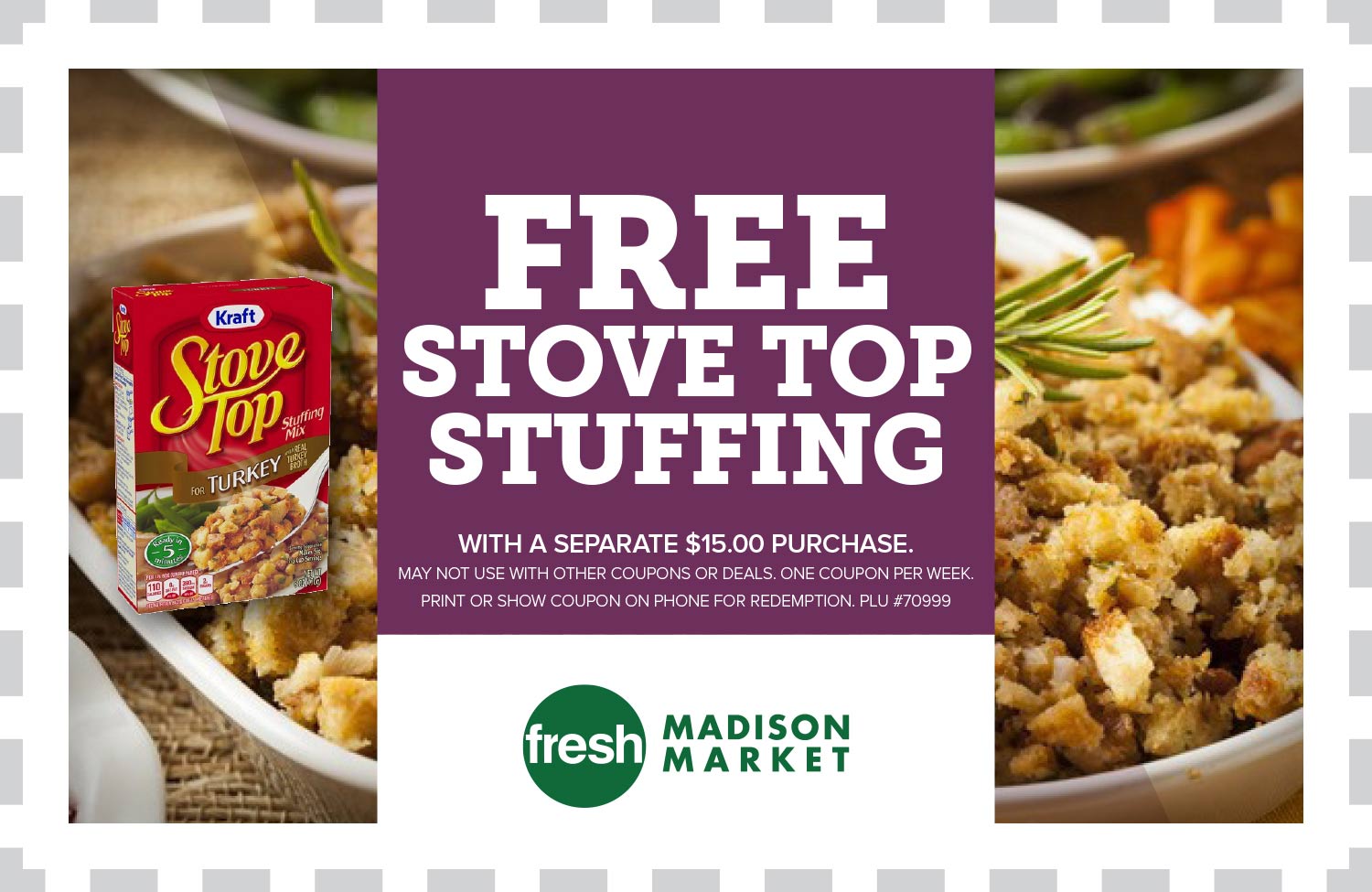